Yes, We Have No Bananas - Trombone Solo 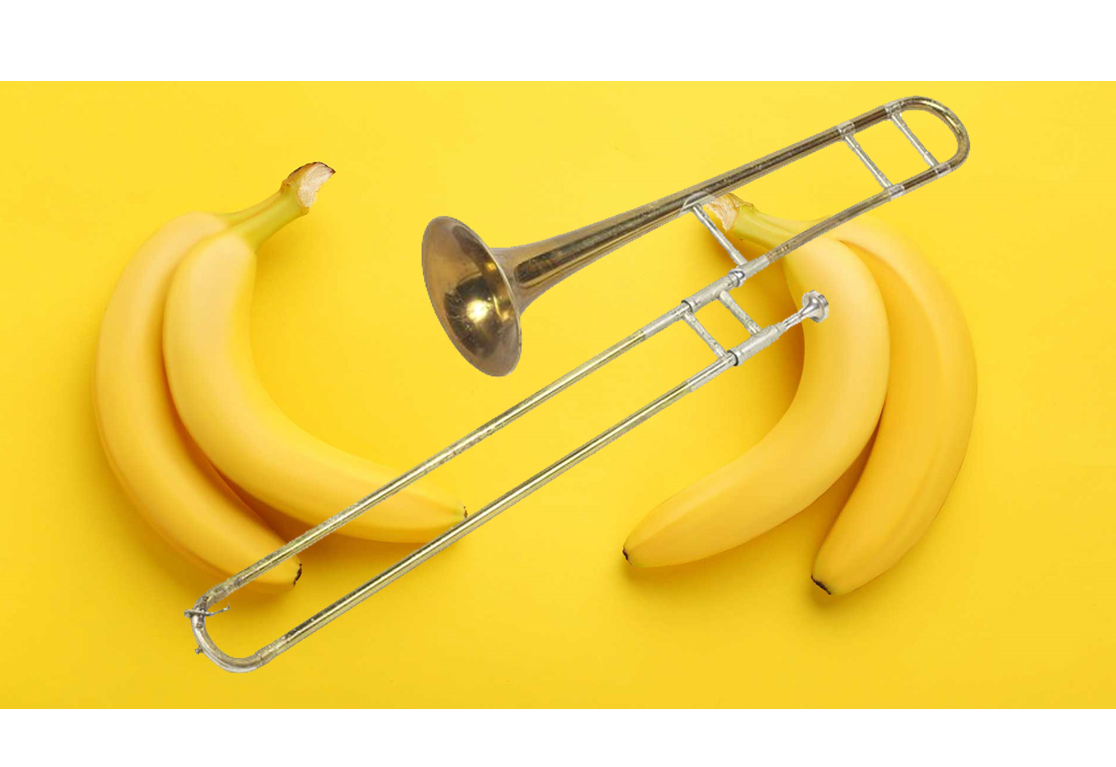 This novelty song is known worldwide following multiple recordings by Billy Jones, Billy Murray, Arthur Hall, Irving Kaufman, and others. Benny Goodman and his Orchestra also recorded the work which has helped keep up the songs popularity since its initial release in 1923. Writer Frank Silver may have been influenced by an actual shortage of Gros Michel bananas in the early 20th century. Now arranged as a trombone solo, this arrangement has two parts; the first being accessible to most soloists with an optional continued section, which is more intricate for more advanced soloists to enjoy. A great audience pleaser and repertoire item.