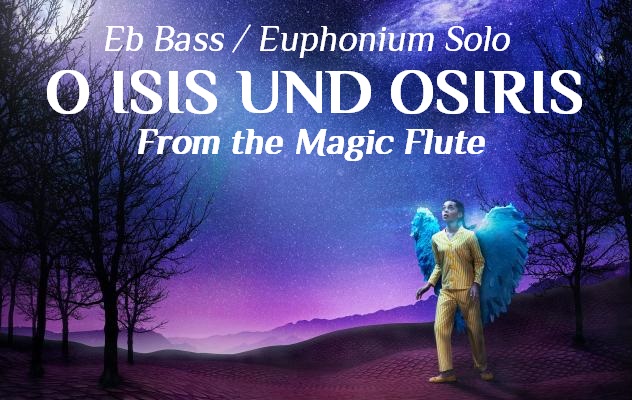 The Magic Flute (Die Zauberfl—te) is one of Mozarts most successful operas, premiered only 2 months before the composers early death. Skilfully arranged now as an Eb Tuba solo (with an Euphonium solo part as an alternative option), this is a chance for your bands tuba player to show the instruments in a new light, not often seen on the concert stage. The Aria O Isis Und Osiris is performed at the start of the second act of the opera and allows the soloist to show off the more lyrical and operatic side of the instrument.